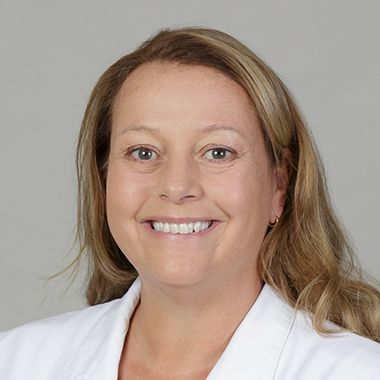 Dr. Ray has been practicing her specialty, Family Medicine, since 2009. Before joining CenterWell in Midtown, Kansas City, MO, she served as medical director of a nursing facility, directed a rural health clinic, and acted as clinical director of a downtown clinic – supervising professionals like Nurse Practitioners and Physician Assistants along the way. She is multilingual – fluent in French, English and Italian – and also speaks Spanish and “passable German,” as she puts it.

Having had several major surgeries as a child, young Marianne, at the age of five, decided she would work in the medical field one day. Her dream of being a doctor would be delayed, however, until after she left her country of birth and moved to the U.S.

Now, Dr. Ray says it’s an honor to practice medicine each and every day. She attended Florida State University and University of Miami with a residency in Family Medicine at the University of Kansas. In addition to her Doctorate in Medicine, Dr. Ray has two Bachelor’s degrees and one Master’s. As a student, she was her Chemistry department’s Undergraduate Student of the Year, and earned membership to Phi Kappa Phi, one of the most selective honor societies in the U.S. – well as Golden Key.

With patients, Dr. Ray believes in taking her time, as well as respecting theirs. She makes every effort to ensure they leave their visits without any remaining concerns or questions. “Equality in communication and endless compassion,” is how she describes the ideal doctor-patient relationship.

During her time off, Dr. Ray plays classical guitar and is learning the mandolin. She also enjoys embroidery and gardening. She is proud of her multicultural family – an adult son who is half French and half American, and a husband who is Italian.

Provider numbers for agent use

Contact a CenterWell Representative in your area.
Connect
You belong at CenterWell

Our expert, compassionate healthcare professionals are always here and ready to help answer any questions you may have. That's how CenterWell delivers patient-focused primary care.

Become a patient
Schedule a tour